We’re very grateful to Raunds Community Choir who have asked us to perform at their Christmas concert. The choir is celebrating its 10th anniversary this year (actually it was last year but celebrations have been delayed). So the concert is a special one for them and they have invited back guests from previous concerts, including us. We played at their Christmas Wassail Evening back in 2017.

This year’s event starts at 7pm on Saturday 11th December 2021 at the Saxon Hall in Raunds. We’ll be playing some Christmas music during the interval and then performing a few pieces during the second half. Audience numbers are limited due to Covid restrictions but do visit the choir’s Facebook page using the link below if you’re interested in attending.

We gave two concerts in the Huntingdon area in summer 2019. The first was on Saturday 22nd June 2019 at St Peter’s Church in Offord D’Arcy.

The second was on Saturday 13th July 2019 at the Church of St Peter in Old Hurst.

On Sunday 5th August 2018, we performed at the East Anglia’s Children’s Hospices (EACH) fund-raising garden party in Haddenham, Cambridgeshire. The event raised over £7,000 for the charity.

We had a very enjoyable time playing at the ‘Christmas Wassail Evening’ in the Saxon Hall, Raunds as guests of Raunds Community Choir on 9th December 2017. The event included performances by the choir and by students from Manor School as well as some poetry readings and community carols. We played some of our favourites including parts of the Connemara Suite, Carnavalito and, in a festive mood, the traditional Spanish Christmas song ‘Brincan y Bailan’. This is the poster for the event … 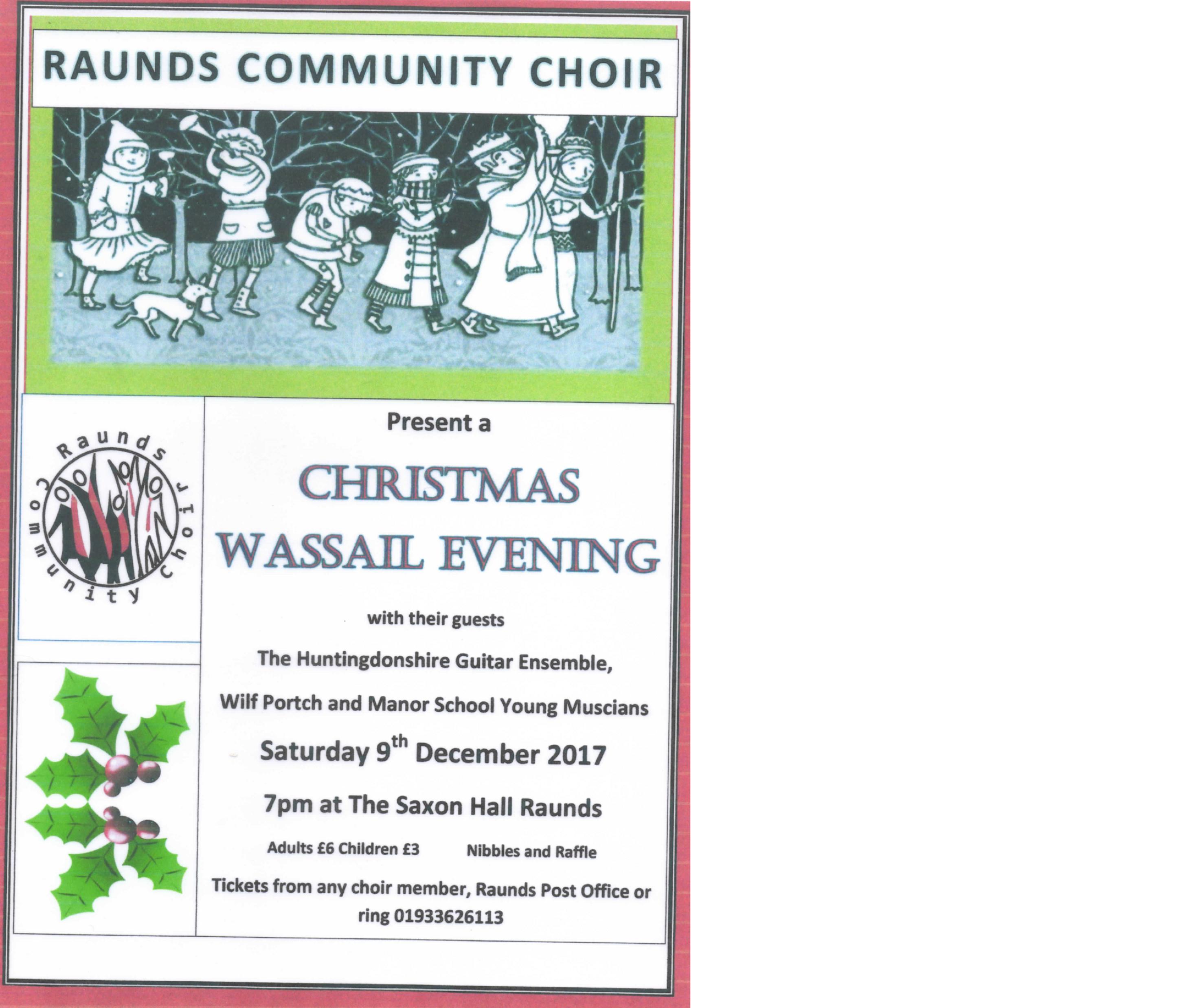 The Huntingdonshire Guitar Ensemble performed at St. Rumbald Church in Stoke Doyle (near Oundle, Northants) on Saturday 25th March 2017. The concert was a joint event with The Ensemble of Friends chamber choir directed by Douglas Coombes, MBE … 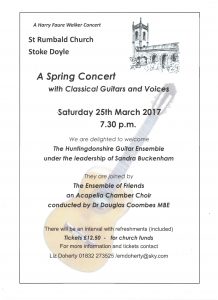